As part of the XXV International Festival VINNYTSIA JAZZFEST, with the support of the Ukrainian Cultural Fundation, the First All-Ukrainian Youth Session Jazz Band was created in 2021. The presentation of Jazz Band took place during the celebration of the 25th anniversary of the Vinnytsia JazzFest. VINNYTSIA JAZZFEST . The first pancake was not lumpy and the team leaders planned a busy 2022. However, the morning of February 24 changed the band’s plans.

Thanks to the cooperation of the NGO “Institute of Cultural Policy” and the Swiss Foundation «Artas Foundation: Swiss Foundation for Art in region of conflict», members of the band under the age of 18 were evacuated to Bern (Switzerland) on March 23 to participate in a jazz residency, which was organized especially for the members team.

“From the first days of the active phase of hostilities, we immediately started looking for the possibility of organizing a residency for a youth band abroad. In just two weeks, we contacted the “Artasfoundation”. The decision was made in less than a week. And in five days since the decision was made, the “Artasfoundation” team did impossible things: housing for young people was found in a short period of time, apartments were fully equipped and everything necessary was done to make young people feel at home,” says Iryna Frenkel, producer of the international festival VINNYTSIA JAZZFEST. 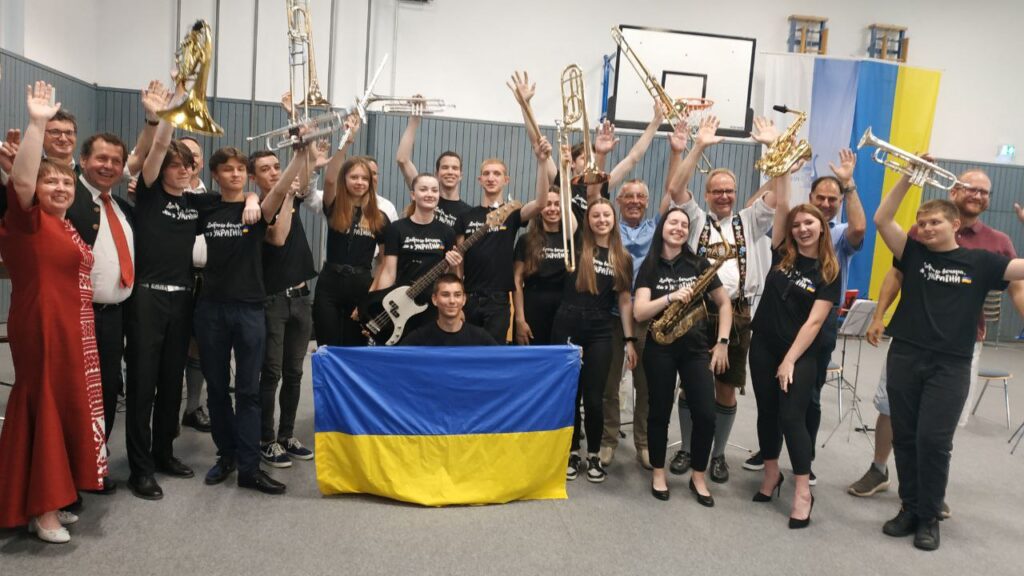 on March 25, 2022 the band arrived in the community of Niederscherli, which is located on the outskirts of Bern. Two weeks were given for adaptation of the team and restoration of the rehearsal process. And already on April 9, 2022, the first performance of the band took place in Bern. 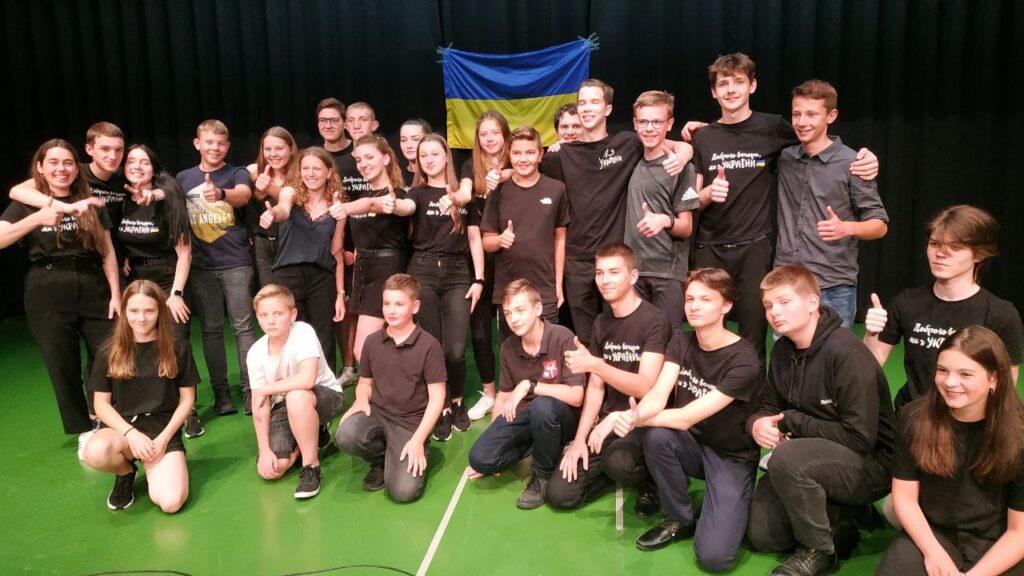 During these two weeks, the curator of the residence from the Swiss side, Julian Felhman, and the band manager, Khrystyna Likhachova, developed a plan for conducting workshops for the entire period of stay. From mid-April, the young people began attending classes at the Bern Jazz School. Also, the schedule of workshops of the residence was full. The main direction of work was the chosen direction of improvisation in jazz with the aim of discovering a more “free style” of performance for each participant. 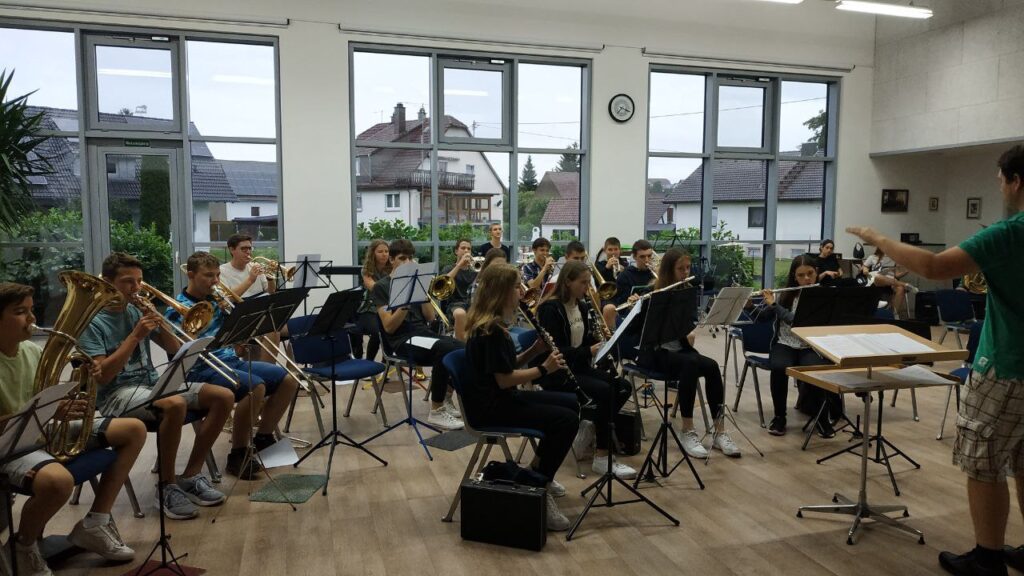 “It should be noted that participation in the master classes and lessons at the Jazz School of Bern influenced the quality of performance of each member of the band – continues Iryna Frenkel – I felt it immediately when I stood at the conductor’s console in June. It was easy to work. Concert program “UKRAINE. ETHNIC JAZZTIME” included jazz arrangements of famous Ukrainian songs and world jazz standards. A total of 38 concerts were given in support of Ukraine in Switzerland and Germany. From the beginning, our efforts were aimed at collecting funds for the purchase of special transport for hospitals and for the front, then the team participated in actions that were organized by the Swiss side and aimed at collecting funds for young musicians who planned to study in Switzerland in 2022-2023. And starting from June, the All-Ukrainian Youth Jazz Band directed its activities to collecting funds to support artists who remained in Ukraine. All this became possible within the framework of cooperation with the Ukrainian Cultural Fundation “Ambassadors of the UCF” and the signing of the Memorandum of Cooperation between the Charitable Foundation “Promoting the Development of Talents of Podillia”, the main organizer of VINNYTSIA JAZZFEST.”” 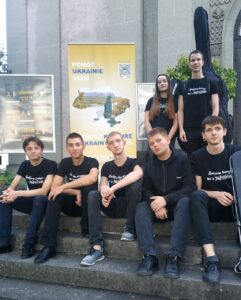 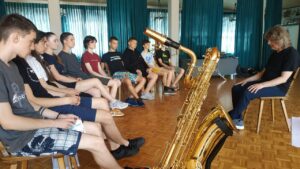 Important events in the collective’s life were participation in the international Bern Jazz Festival, during which 15 performances were given in support of Ukraine and a performance at the Yegudi Menuchin Forum.

As the organizers of the Vinnytsia Jazz Festival note, with the resumption of the concert season in Europe, concert performances will be continued in other countries of the European Union and Switzerland.